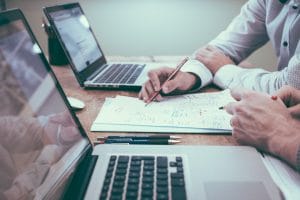 The digital revolution does not stop at the workplace. In the legal context, it is often referred to as “Work 4.0”.

One phenomenon of this Work 4.0 is the so-called “crowdworking”. Here, companies outsource tasks to the “crowd”. Typically, a company places defined jobs on an online platform where interested parties (the crowdworkers) can accept these jobs and process them for a predetermined fee. The platform operators usually act as intermediaries between the client and the contractor.

A study sponsored by the German Federal Ministry of Labour and Social Affairs in September 2018 concluded that around a quarter of all crowdworkers work “platform-based” for over 40 hours per week.

The facts of the two cases were very different: The State Labour Court of Hessen had to decide on a constellation in which a bus driver had presented himself as an independent bus driver on an online platform. Thereupon the defendant travel company commissioned him with a trip lasting several days. In Munich, on the other hand, a crowdworker wanted to ascertain that an employment relationship existed between him and the crowdworking platform.

According to established case law, the distinction between employment and self-employment is made on the basis of an evaluative overall view of all relevant criteria in the individual case. This depends mainly on circumstances that are generally typical of one of the two options. For example, the obligation to follow instructions should be typical for an employee. On the other hand, the possibility of flexible time management, for example, is considered to be a characteristic of self-employment. The introduction of § 611a BGB, which contains a definition of the employment contract, has not changed this. Under this, the legislator has merely cast case law to date in legal form.

Crowdworking, as well as other forms of Work 4.0, is characterised by the fact that the boundaries between externally determined work and self-determined activity are particularly blurred. The fact that neither the written law nor case law to date allows a legally reliable handling of this issue is also made clear by the decisions mentioned above.

In this context, the question of the legal classification of a contractual relationship is of immense importance for all parties involved: not only do all employee protection rights (such as the Working Hours Act, the Federal Leave Act) apply to the employment relationship, but also the treatment under tax and social security law is completely different from that of the self-employed subcontractor.

The business models of crowdworking platforms can hardly be assessed with legal certainty, especially since the “evaluative overall view” that a court makes is bound to be accompanied by uncertainties.

An erroneous legal classification is not only potentially relevant for prosecution but is also associated with sensitive interest rates and late payment penalties.

There will certainly be further decisions on the issue, but it would also be desirable for legislators to turn their attention to the topic of Work 4.0. 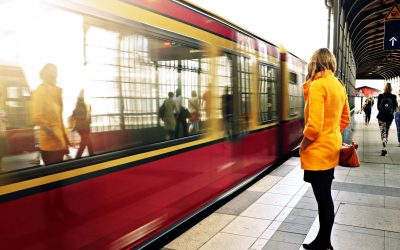